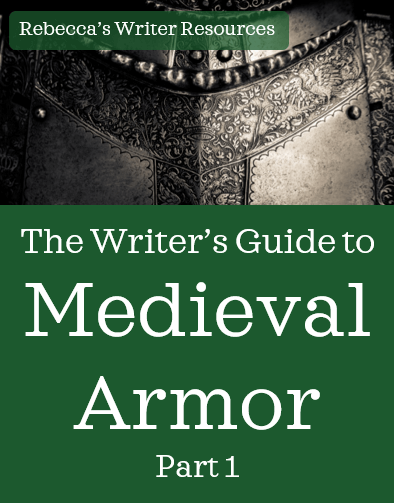 I hope you have been enjoying my posts on swords and other medieval weapons. This week we are moving on to armor myths because, o boy! are there a lot of them. The armor worn in medieval Europe varied across time, region, and social standing. I will be covering common types of armor later.

As always, magic is the exception to the rules. Because magic.

Obviously, the effectiveness of armor depends heavily on the type of armor and how well it was made. What amazes me is the number of times in movies, TV shows and video games I have seen someone stab straight through armor, include more protective armor like plate mail, without a problem. If armor were that ineffective against a knife stab or a sword slice nobody in the Middle Ages would have bothered wearing it. Plate mail is designed to take an enormous amount of abuse while still protecting the wearer. Chainmail is effective at guarding against slices. If you want to see firsthand how much abuse armor can take, I suggest finding footage of Battle of the Nations, an international medieval combat championship, or watching an episode of History’s “Knight Fight.”

This is not to say however that armor could ward off any blow. For every advance in armor technology there was an advance in weaponry to counter it. When plate armor was developed, a thicker version of the bodkin arrowhead was created that increased the chances of penetrating plate in thinner spots. Usually the only shots that made it through were lucky ones that found the proverbal “clink in the armor.” YouTuber Tod Todeschini of Tod’s Workshop has a fantastic video here about arrows versus armor.

Writer Tip: Your character taking a hit to the armor and shrugging it off could be a great opportunity for them to be thankful they spent the extra money on good armor.

When most people think of medieval European armor usually their first mental image is of a knight being winched onto his horse because he can’t manage it in his armor on his own. “A Knight’s Tale” has a perfect example of this trope. However, a complete harness of plate armor usually tipped the scales at 33- pounds (15-27 kg). [1] By contrast, an American soldier in World War II was carrying up to 75 pounds (34 kg), which is why so many of them drowned during the D-Day landing. [2] Jousting armor was made substantially heavier to provide as much protection as possible and since the wearer didn’t need to move freely. It could weigh up to 110 pounds (50 kg). Below is a table that shows the average weight of 135 armors from 21 museums. Here is the link to the entire study.

The weight of medieval armor was distributed across the body. In the case of plate and brigantine, the pieces were articulated to give the wearer full range of motion. The armor worn on the upper body was suspended from the shoulders and that worn on the lower body from a wide arming belt (or an arming doublet from the mid-15th century onward), causing the waist and hips to carry the weight. Plate was buckled or laced into the gambeson or arming doublet at multiple places to connect it snugly with the wearer, distribute the weight, and make it easier to move. Most armor was custom fit so there was no unnecessary extra weight and the armor conformed to the body. An armored warrior, including on in full plate, could run, jump, fight, and mount his horse unassisted. [3]

If you want my blog delivered straight to your inbox every month along with exclusive content and giveaways please sign up for my newsletter.

39 Comments on “The Writer’s Guide to Medieval Armor: Part 1”